This is the second successive year that the Ribble Valley gastropub has been honoured in the Publican Awards, having won the Best Design award last year.

Steven received his award from comedian Dara O’Briain at a glitzy ceremony Grosvenor House on London’s Park Lane. Steven said: “I am delighted with this award because it is recognition that Freemasons at Wiswell is in essence a country pub, but one that provides a true gastronomic experience.

“This has been a great year for us, having already been awarded the Michelin Bib Gourmand, and this is reward for all the staff, not just me. Our challenge is now to build on this success and continue to improve the Freemasons experience.”

The panel of expert judges said: “Steven has managed to tick all the boxes in the short time he has been in the pub – great food, beer and service in an unparalleled environment. The food stood out as top of its class. What’s more, the prices were comparably reasonable. With local and seasonal produce on the menu, as well as many local ales, Steven offers world class quality produce while staying true to his Lancashire roots.

“The menu itself is relatively accessible to all. He has taken a traditional pub menu and taken it to another level. It was especially commendable that Steven is obviously keen that Freemasons remains a pub first and doesn’t lose sight of that. It’s a place where you would feel equally comfortable popping in for a pint as you would enjoying a five-course meal.

“The Freemasons interior design would rival any top restaurant, but the pub maintains a cosy country inn feel at the same time.

“Judges were impressed by the mix of customers in the pub, reflecting its unpretentious feel. Staff were attentive and willing to accommodate all requests. Effective marketing means the pub is on the radar of the Michelin guide, and with Steven’s passion and commitment it is likely to go farther.” 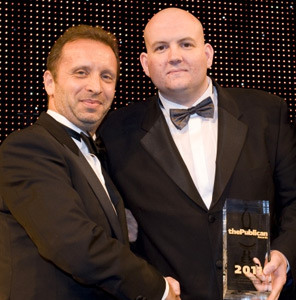