The Freemasons at Wiswell has retained its sixth place spot in the Estrella Damm Top 50 Gastropubs Awards 2016, while Agnieszka Tyczka, the pub’s Fron

The Sportsman, Seasalter, Kent, was named the top pub for food in the country for the second consecutive year. The Michelin-starred pub, run by chef-patron Stephen Harris and his brother, Phil, was revealed as the UK’s top gastropub by celebrity chef Tom Kerridge at an exclusive awards ceremony held at Hermitage Road Bar & Kitchen, Hitchin, Hertfordshire this week.

Kerridge’s second pub the Coach, at Marlow, Buckinghamshire, which opened in late 2014, was named as highest new entry in fourth place, in a category sponsored by Appletiser and Schweppes.

The Freemasons’ second consecutive sixth place finish was the highest placing for any establishments in the North West.

There were a total of 17 new entries on the list this year, including two pubs in Hackney, east London, the Marksman and the Empress.

Publican’s Morning Advertiser food editor Nicholas Robinson, said: “Seventeen new entries is, I believe, the highest amount we’ve ever seen on the list. It’s a sign the sector is becoming more vibrant than ever and that it doesn’t pay to stand still.”

A range of specialist category winners were also announced and included John Calton, chef-patron of the Staith House, North Shields, Tyne & Wear, who was named Gastropub Chef of the Year in a category sponsored by Nestle Chef.

The Kentish Hare in Bidborough, Kent, run by celebrity chef brothers Chris and James Tanner, won the Newcomer of the Year title.

The Port Gaverne Hotel, Port Isaac, Cornwall, the St Tudy Inn, Bodmin, Cornwall, and the Grantley Arms, Wonersh, Surrey, were also named as Ones to Watch.

Steven Smith, Chef Owner at The Freemasons at Wiswell, said; “To be in the top 10 with some of the finest establishments in the country for the second successive year is a real honour and we’re delighted to represent the North West.

“Aga being crowned Front of House Manager of the Year was the icing on the cake. She works tirelessly to keep the front of house running like clockwork, ensuring everyone has a fantastic time from the moment they arrive and she truly deserves this award. It goes to show that The Freemasons really does have the full package, from the food we serve, to the experience you receive while visiting us. We’re looking forward to another great year at the pub and look forward to building on this success.” 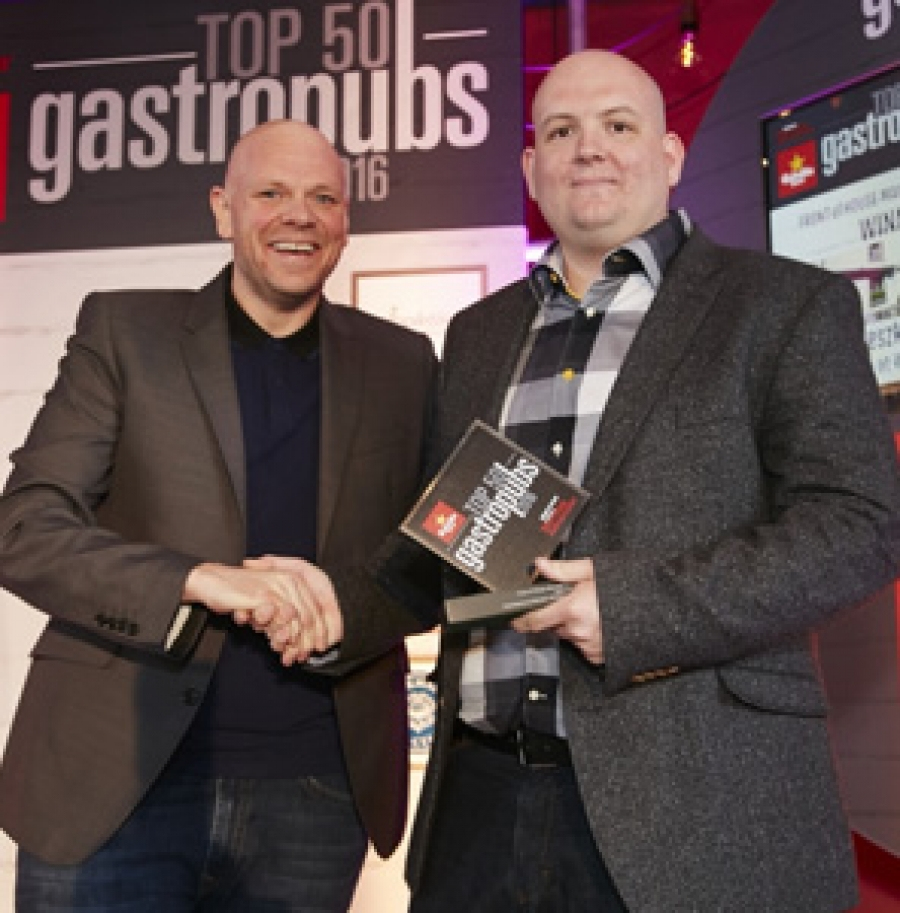