Top chefs from all over the country battled it out at the weekend to be crowned the winner of the Golden Pig award … and the titles for best individual dish and winning team were scooped by chefs from Lancashire and Yorkshire. The BBQ competition took place in London at Young’s Brewery pub The Leather Bottle, the two teams of 6 chefs were led by Adam Smith from Devonshire Arms at Bolton Abbey, and Michelin-starred Mark Poynton from Alimentum in Cambridge. The celebrity judges, which included ex-rugby player Olly Kohn, and the singer Sophie Ellis-Bextor with her husband Richard Jones from The Feeling, tasted 12 signature dishes using different cuts of Dingley Dell Pork from Suffolk. Steve Smith from the Freemasons at Wiswell cooked the winning dish “Yakatori pig offal with pork scratchings and pickled mandarin”, and was declared Grand Pork Chef while Adam Smith’s team “The Long Pigs” were awarded The Golden Pig trophy. Andrew Nutter from Nutters in Rochdale, Eric Snaith from Titchwell Manor in Norfolk, John Feeney from Griffith Laboratories in Sheffield and Simon Hulstone from The Elephant in Torquay made up the Long Pigs team with Adam Smith and Steve Smith.
The event was organised by Dingley Dell Pork and ‘A Passion to Inspire’. Suffolk farmer Mark Hayward and Murray Chapman of ‘A Passion to Inspire’ have put on a number of “Dingley Dell Flying Visits” (pop-up pork dining experiences) with the help of well-known chefs over the past 3 years. The aim being to celebrate the journey of the pig from farm to fork, to raise money for charity and give students a chance to work with top chefs. This is the first Flying Visit competition and teams had to cook their dishes on a barbecue. Catering students from Llandrillo College, Colchester Institute, East Kent, Farnborough, Milton Keynes and Leeds City College, and Cambridge College worked alongside the professional chefs. In between pigging out diners were treated to a butchery demonstration from Essex based Direct Meats highlighting the different cuts used in the dishes.
The afternoon raised money for The Wooden Spoon rugby charity and the Teenage Cancer Trust. Teenage Cancer Trust was chosen because Emily Mackay, a student at East Kent catering college, had been so inspirational while working on a previous Flying Visit event whilst undergoing treatment for a rare for of cancer. Emily now writes her own blog https://cookingandcancer.wordpress.com about her life experiences. On Sunday Emily worked with Mark Poynton’s team, which included Matt Gillan from The Pass, Rob Kennedy Exec Chef at Sandhurst, Alan Paton from Stoke by Nayland Golf Club and Murray Chapman. “ I am delighted with the support from chefs and colleges for the first Dingley Dell competition which was a huge success for two inspiring charities.’ - Mark Hayward – Dingley Dell. 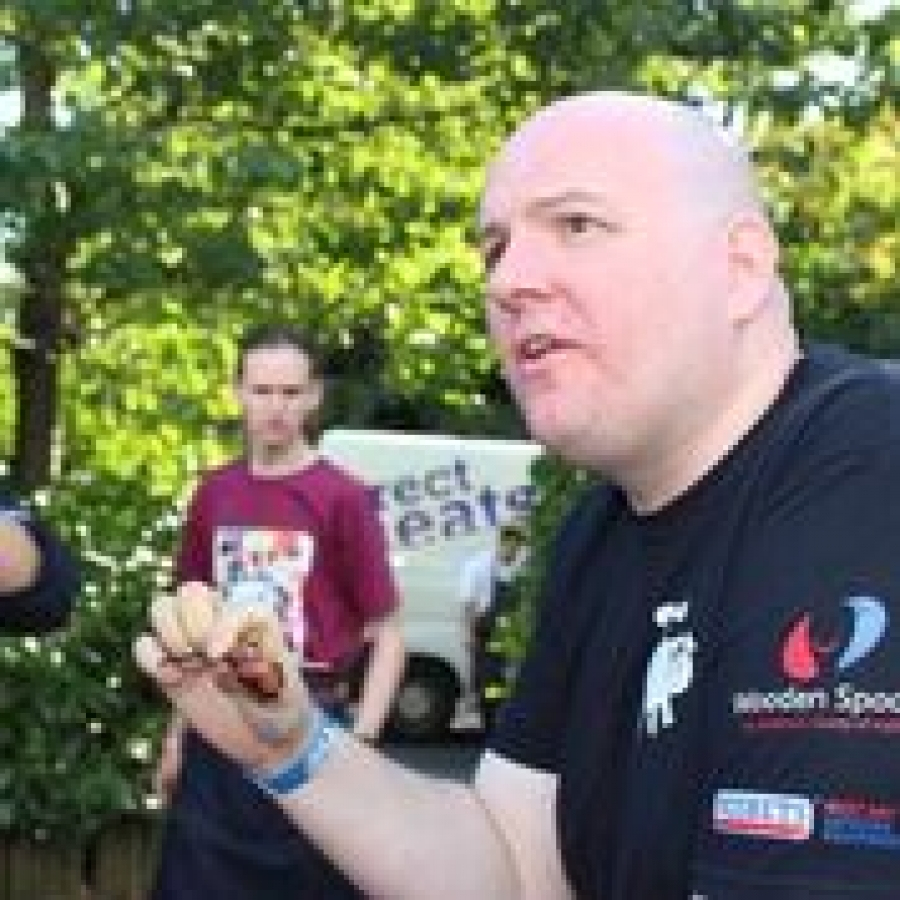