Liam Anderson, Chef de Partie at Freemasons at Wiswell, has secured himself a place in the final of the North West Young Chef of the Year Competition.

The eager chef cooked his way to success at the Lancashire heats on Wednesday 9th March at Preston College.

The competition, sponsored by Essential Cuisine and CHR, was hot as Liam battled it out against two other confident and talented young chefs; Rachel Pinder from the Assheton Arms and Thomas Kiely from The Palazzo in Burnley. All three chefs prepared a three course meal for two people featuring local and seasonal produce and were ready and raring to explain to the judges their individual method and costings.

The judges on the day were Chairman of Judges - Brian Mellor, Essential Cuisine’s Business Development Chef – Jon Harvey-Barnes and Head Chef at the White Mare Hotel in Beckermet – Jon Fell. All chefs were equally impressed with Liam’s menu, with Jon Harvey-Barnes stating ‘the presentation of Liam’s dishes were second to none’, Jon Fell followed this by saying ‘I really couldn’t knock Liam’s soufflé dessert, it really was mightily impressive.’

The Lancashire Young Chef of the Year had previously entered the competition, however he failed to reach the final as his food was good but the judges felt he needed further experience. As soon as this years competition came around Liam wasted no time in applying, feeling he was now far more confident and ready to take the Lancashire heats by storm.

Liam Anderson, finalist in North West Young Chef of the Year Competition, said: “When planning my menu I wanted to focus on the seasonality of my dishes by making sure I was using the best Lancashire produce for this time of year. I think not getting through last year was one of my main incentives for entering this year, I needed to prove to myself that I could do it.”

Liam will now go on to attend a master class with an acclaimed chef to hone skills with the industry’s best, before going on to compete against the other regional winners in the final of North West Young Chef Competition, which will be held at Manchester College on 10th May 2016.

Steven Smith, chef owner of Freemasons at Wiswell, said: “At Freemasons we are proud of our commitment to nurturing young talent and we couldn’t be happier for Liam. We know that he will put his all in to the competition and look forward to supporting him in the final.” 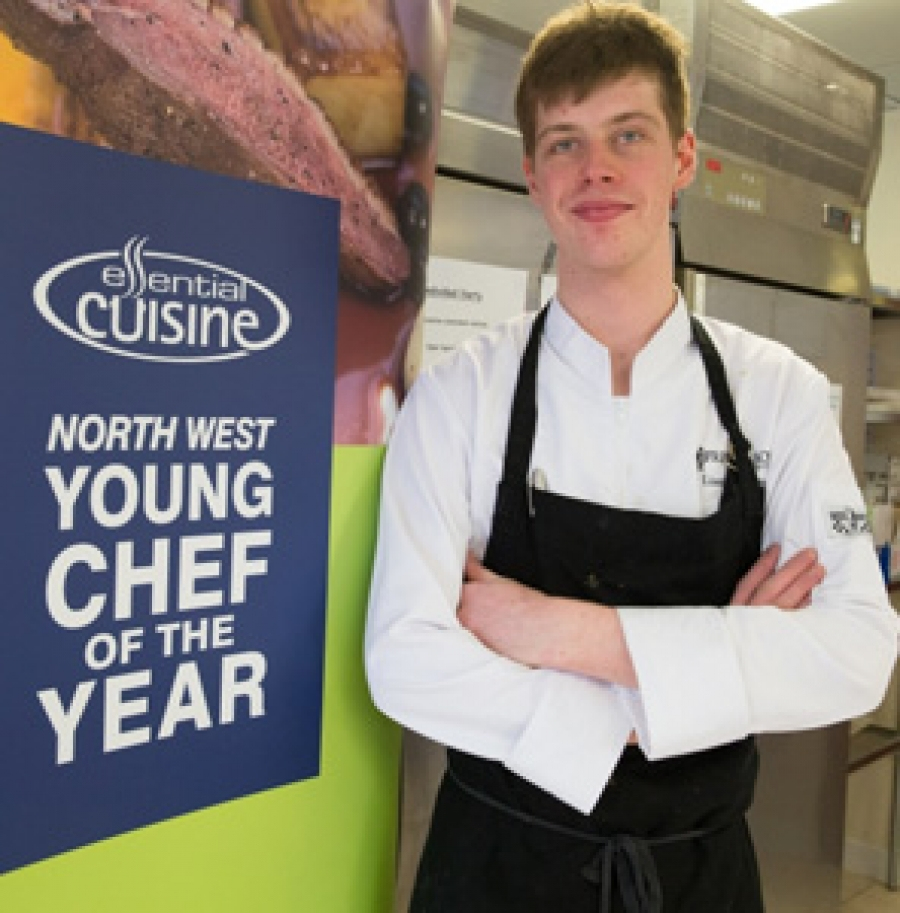