Freemasons at Wiswell becomes the first ever pub in the history of Good Food Guide to receive 7 out of 10 in this year’s Waitrose Good Food Guide 2015. The Guide also announced its first Top 50 Pubs list, of which The Freemasons came first. One of the Ribble Valley’s most sought after destinations for food and drink, The Freemasons also ranked 41st place in the Guide’s Top 50 Restaurants.

The Good Food Guide is an annual guidebook to the bestselling restaurants and pubs across the UK. Reviewing and writing about restaurants and pubs since 1951, the Guide brings together the best places to eat out around the country. Some deserving establishments will appear in the Guide regularly, but every year all have to earn a place in the book from the reviews and ratings they receive. It is a highly coveted privilege to be nominated as there are always new entrants, changes of scores and even some deletions. Unlike other guides, establishments cannot elect or pay to be included, and they have strictly no influence over their scores from reviews.

Steven, Aga and the team want to express their deepest gratitude to all the loyal customers who have supported and voted for them over the last past 5 years, without which this amazing accolade would not have been awarded. Steven promises to continue his passion for serving dishes that delight and events that his patrons enjoy such as the infamous Game week. This fifth year of the Freemasons has been and will continue to be focussed on listening, reacting and giving back to the customers such as the celebration menu, the traditional Sunday roast menu and the new lunch and evening specials. In Stevens words "you called and we answered!"

Steven Smith said; “Words can’t explain how proud we are to be the first pub to achieve a 7 out of 10 in The Good Food Guide. We’re a little pub in the Ribble Valley that wants to offer its customers a gastronomic experience second to none and we believe that this achievement proves we’re doing that in spades. Our ambition is to keep moving up the rankings, and so far, that’s happened every year. We’re seeing customers travel from afar to visit us and there’s no greater feeling than knowing you’ve made their visit worthwhile.” 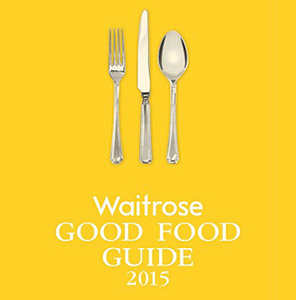